Dingmans Ferry is a community in Delaware Township that’s pleasantly nestled along Route 209. With a population of around 7,477 people, this community is no stranger to the pest problems that come along with living in a heavily wooded area.

Before it was first colonized by settlers this area was inhabited by the Lenape Native Americans. At first, the relations between the Lenape people and Europeans were peaceful, but after the walking purchase of 1737 things took a turn for the worse. Many settlements along the Delaware were attacked and resulted in the Lenape moving west.

As Dingmans Ferry is located in a wooded area there is no shortage of pests in the area. One pest that you should be mindful of, especially in heavily wooded areas, are termites. Termites cause millions of dollars of structural damage to houses each year. Not only do they eat away at the wood of your house, but they also ruin the structural integrity of your house. In some extreme cases, houses are known to collapse due to termites!

Trouble with Termites in your area?

There is a ton of information out there about termites. You can spend a lot of time on the computer, do a lot of research, and probably get yourself confused, frustrated, scared or all three. 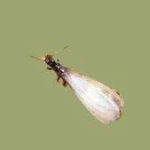 Excellent comprehensive service. Robert did a great job in a clear and effective manner. He knows what he is doing.

I have been using Masters Pest Control for several years now and their service has always been excellent.

I’ve been with Masters for about 15 years. Their most friendly representatives have gone out of there way to satisfy my concerns and will be their customer for as long as i am here.