Lords Valley is an unincorporated community located in Blooming Grove Township, Pike County, Pennsylvania. The population as of the 2012 census was 12,359.

Lords Valley’s first resident was Levi Lord in 1810, after Dr. Philip P. Monington advertised property available for development. Levi Lord and eleven friends purchased the property. Levi Lord built this house brick hotel with his sons, circa 1850, on the then Dingman Choice Turnpike (now route 739). The building, which was also a post office from 1953 – 1955, is owned by the Glen Eyre Corp. and is listed on the National Historical Register.

This community is also home to the Lords Valley Country Club. The country club was originally chartered in 1945 as Pocono Skyline Golf Club and was located at the Monomonock Inn, Barrett Township and Monroe County, PA. In 1954, after facing several financial issues, the club was renamed to Mountain Resorts and went into inactive status. In 1963 when Western Heritage purchased the HFCA they also signed a 20-year lease with Mountain Resorts, which changed its name to Lords Valley Country Club. In 1972 the LVCC exercised their right to purchase the land their country club is on.

Trouble with Carpenter Bees in your area?

Carpenter Bees can be considered a wood destroying insect, and if left alone for long periods of time they cause great damage that may be costly to repair. 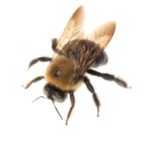 I’ve been using masters for about 2 years now. We had ants and needed them gone. We still use them for maintenance .

Our family has been utilizing Masters Pest Control for approximately two years now. We initially began using them for an issue wit roaches, and recently due to an issue with bed bugs. We feel that we get honest, upfront, and knowledgeable answers to all our questions. Their technicians are down to earth, professional, and courteous. Their rates are reasonable and we appreciate the personal service we receive from Masters Pest Control. Our family would highly recommend this company to anyone in need of pest control services.

The service provided at home inspection was thoroughly done. The inspector was very thorough in explaining all what was done and could be done for the future. We were very please.