Middletown is a city in Orange County, New York. Around 1744, a man named John Green settled this area. The name Middletown came from the fact the village was located between other settlements. As time went on the village would become a city as well as a stop on the Erie Railroad and New York, Ontario and Western Railway. Thanks to its prime location the city became home to a number of factories. This allowed the area to see years of large economic growth however, this could not last forever and eventually many of the factories closed because of World War II.

Nowadays this city has begun seeing a larger number of visitors. This is due to the fact that Middletown is near or home to a number of high traffic attractions. These include the college of SUNY Orange and the ever-growing Galleria Mall, which is located in Wallkill. With so many people gathered together, pests are soon to follow. If you find any of these little vermin in your home or business then call Masters today. Our team of pest control experts will deal with your problems in no time flat.

Due to the city’s multitude of restaurants and other crowd areas pests are sure to appear. One such nuisance is the fly. Flies are species of insects that include mosquitoes and gnats. These creatures tend to live near trash, excrement, sewers, and other locations that have decay material. Because of this tendency, all flies are known to be disease carriers. These diseases can be easily spread to humans through a bite or by a fly landing on their food. This makes these vermin a problem for any eating establishment. If these vermin are infecting your restaurant then call us today. At Masters Pest Control our bug extermination experts will deal with this problem so that your customers can continue enjoying your food.

Trouble with Carpenter Ants in your area?

In the northeast carpenter ants are probably do more damage to homes than termites. They are probably the #1 wood damaging pest pest, and most likely to do damage to your home. 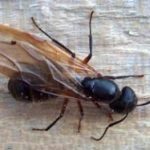 We’ve relied on Masters for years, for various problems. We highly recommend their professionalism and environmentally safer options.

2 YEARS NOW AND EACH PROBLEM WITH PESTS HAS BEEN RESOLVED.

I have been using Masters for about a month. They are controlling in house mice and insects. After 3 visits the rodent traffic has just about stopped. Master’s provides outstanding service at a very reasonable price. I had three visits to date with three different technicians and all were very friendly and knowledgable. I would recommend Master’s to all home owners who have a rodent and insect problem.